Even as a child I wanted to write, and probably for the same reason that drives others to write—an isolated and unhappy childhood.  My parents moved frequently.  Being the new kid in school is bad enough; being an only child with no extended family is worse.  After a while you give up and retreat into the world of your imagination.  My first book-length work was an adventure story set in the present day (1965) that came to 300 longhand pages and took me all summer to write.  Blessedly, it has disappeared.  If anyone reading this has it, I will pay good money to make sure it never gets out.

In my thirties I tried my hand at short stories.  The only good that came of that was the suggestion that I try a mystery, because it was clear what belonged and what didn’t.  My advisor had a short story in mind, but I misunderstood her and wrote The January Corpse by mistake.  The book was written over the space of two weeks in 1988, and appeared in 1990.  It was nominated for Best First Novel by the Private Eye Writers of America but lost out.  It was a very edgy book for its day; saying anything more would be a spoiler.

The structure of my series stole shamelessly from Sue Grafton and her A is for Alibi system.  The months of the year seemed much less ambitious.  The fact that Sue died without getting to Z proves my point.  Between 1990 and 1996 I churned out a book a year, while practicing trial law full time on the side.  It was the best of days and it was the worst of days.  I attended many conventions and book signings and met dozens of wonderful people—fans, other writers, editors, book dealers, collectors—and it was a pleasure to deal with everyone.  Anyone who thinks that mystery writers feel that they are in competition with each other is mistaken.  I have seldom been in any social setting with as strong a sense of collegiality.  We were genuinely happy when somebody broke out.  I knew Harlen Cobin and Lisa Scottoline in the early days and when one of us hit it big, we were as happy as if it had been us.   And it was the days when there were still independent bookstores.  I got my start because shop owners liked my work and hand sold it.  Those days are gone.  I feel very lucky to have been in the trade at the time.

And it was the worst of times.  Writing to a deadline when it’s your side job isn’t fun.  For six years I never had a vacation.  If I accompanied my friends on a ski vacation, for example, I would take a laptop and write 5,000 words a day while they were on the slopes.  At any given moment I was touring for the current release, editing the book that was in process, working on the first draft of the new one, and making research notes about the one after that.

And then Fred came into our lives.

Fred was a $2,000 horse of uncertain age and breeding that the woman who was my wife at the time was persuaded to buy as a fox hunting horse.

How all this was going to affect my writing wasn’t clear at the time.  I had never ridden a horse and I was vaguely frightened of them.  But after a year on the farm, seeing the horses on a regular basis, I had a gestalt moment.  The horses were right there.  Not riding was like living in Colorado and not going skiing.  At age 47 I got on a horse for the first time for a lesson.  I was instantly hooked.  Five months later I participated in a no-jump fox hunt, which is a ridiculously dangerous rate of progress for a beginning adult rider.  Two years after that I got a well-trained jumping horse and joined a hunt with jumps.  Big jumps.   Writing was off the table.

I stopped hunting when my mare Madison became arthritic and just did trail riding for a few years until it was time to let it go. My last years of riding were spent with Ev, the woman who is now my wife (and proofreader). I hunted in the front for fifteen years and never got hurt, thanks to some wonderful horses.

And here I am again, still working full time but out of the saddle for good, and eager to continue where I left off. I hope you enjoy the journey with me. 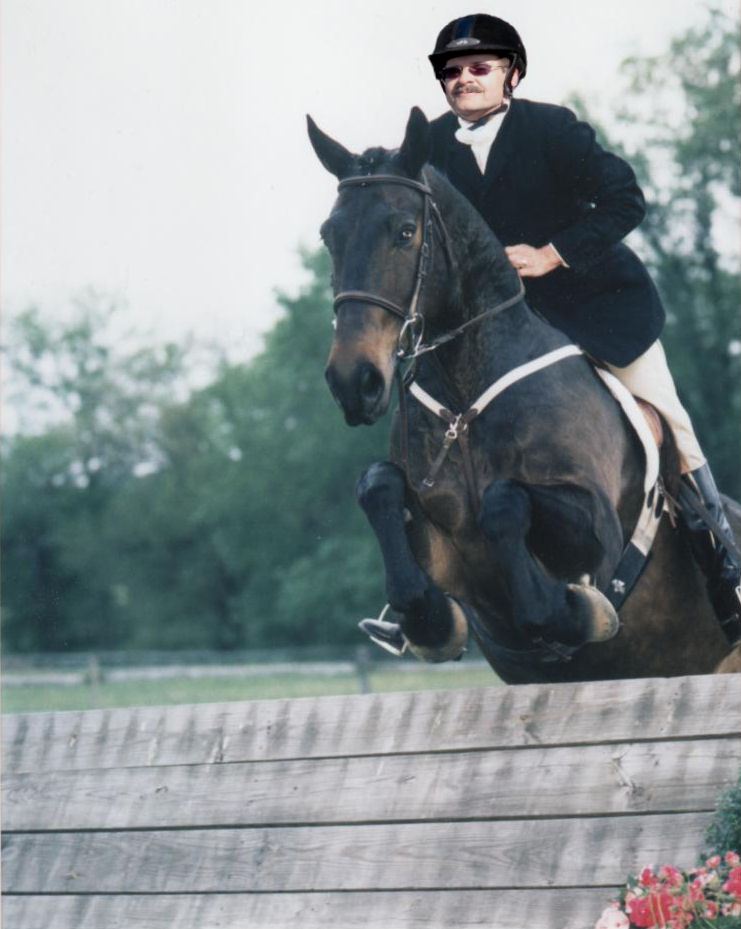 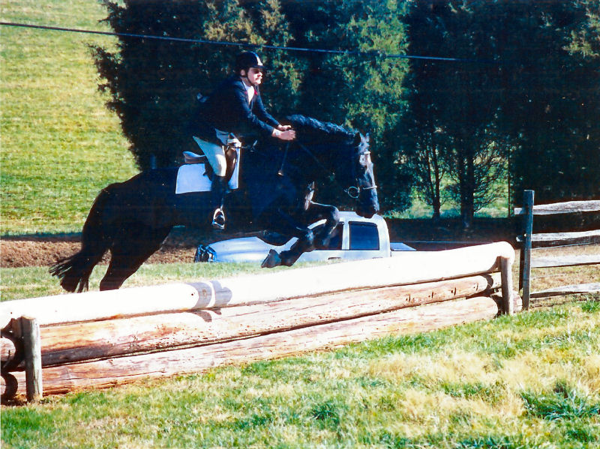 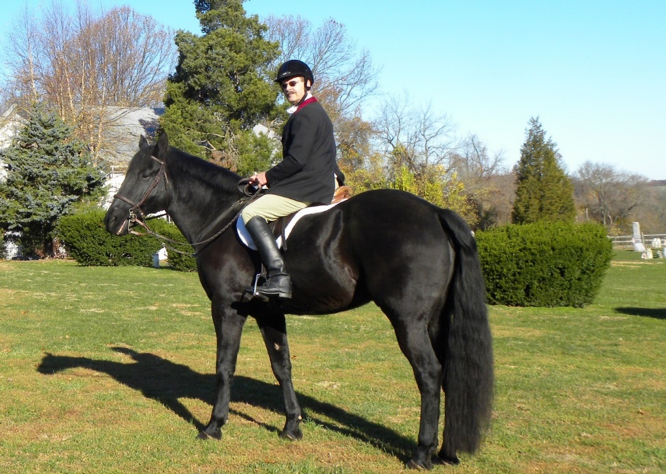 Tiny Two at the Blessing of the Hounds, 2010 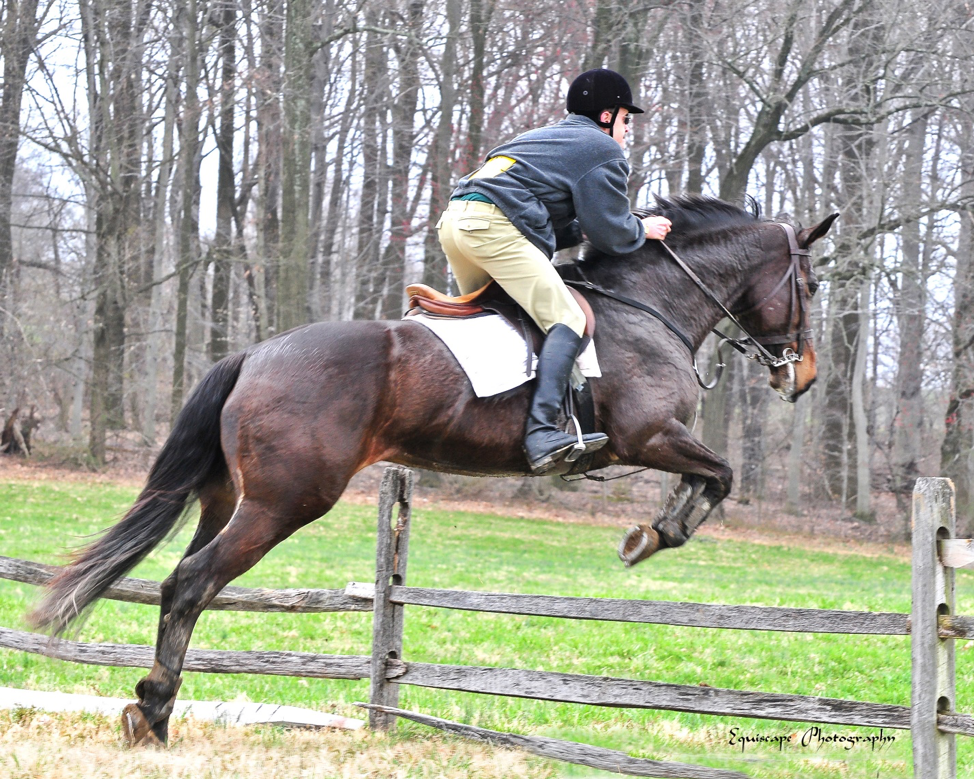 Madison, my last hunt horse and my only mare, 2011 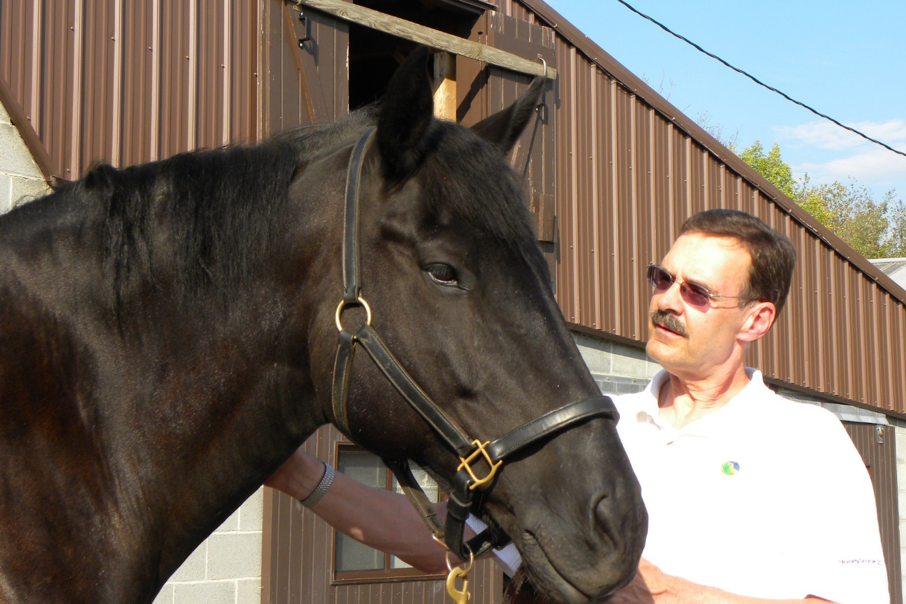 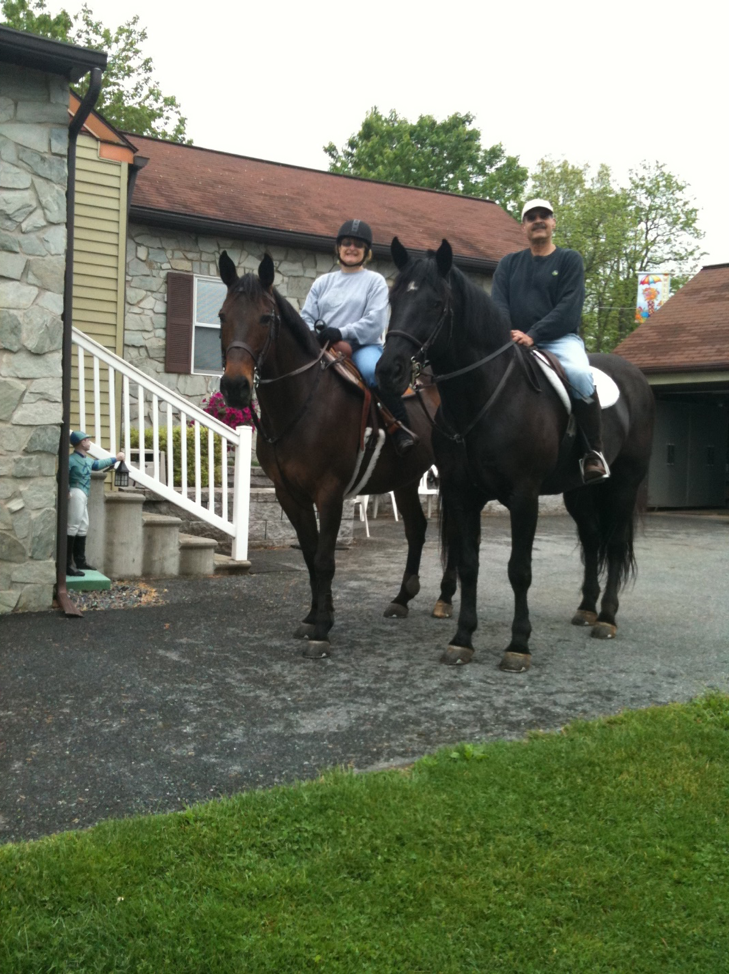 My wife Evelyn and I at the barn in 2013. Yes, she is riding Madison

I will never use your email address for any other reason.