The Game is Afoot

By the time we reach Chapter Four, Branch has been the target of two highly suspicious incidents at the Schneider household and we know that Doctor Schneider’s son Peter is at least a Nazi sympathizer, if not worse. Ruth Esch was not on the train.  It’s time for Branch to put on his detective hat.

Macdonald displays a nice bit of plotting.  Branch breaks into the university offices to look for an employment file for Esch.  He is no lockpicker and he leaves obvious scratches on the door in the course of forcing his entry.  After all this trouble, he only confirms what he already knew:

Reading the file, Branch has a brief but implausibly timed moment of panic about Ruth:

“Things I had read about German concentration camps and North African prisons crawled across my bright-sweet memory of Ruth Esch . . . Where had Ruth been and what had they done to her and where was she now?”

Branch had  always thought she’d been taken to  a concentration camp–he said as much to Hunter.  Doctor Schneider had confirmed it before dinner that evening.  The passage would have worked fine at the point when Schneider confirmed his fears–set four hours later, it makes Branch look like a dullard. 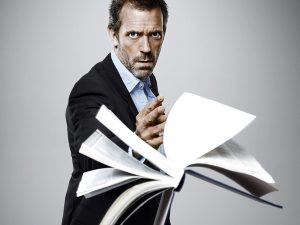 Resist That Urge—We Have 180 Pages to Go!

It just so happens at that moment (you are going to hear this a lot) that his friend Alec Judd, his companion on the trip to Detroit to enlist, shows up.  Branch brings him up to date and commences using the ridiculous patter that makes some people throw the book against the wall.  Only a couple examples.  I am not a cruel blogger:

“Nobody’s going to suspect me of being a Raffles, unless you turn stool pigeon and sing to the cops.”

“His little attempt to kill me tonight was grotesquely inefficient.”

Alec Judd says that he was going to burgle Schneider’s office himself at some point, but now Branch has made a mess of things with his amateurish breaking and entry, he will have to do it that night.

At this point the main plot kicks into gear:

Through a Glass Darkly

This is an important scene and Macdonald sets it up as carefully as he can.

Branch looks through a window of Schneider’s house and sees (given the absence of his glasses, which were broken in the sabre fight) two figures fencing with sabres; one is clearly Peter Schneider and the other appears to be Ruth Esch.  At that moment Doctor Schneider enters the fencing room and starts an argument.  This is the first time that Macdonald uses the device of the eavesdropper who happens to be at the window at the exact moment necessary, but it will not be the last.

Branch and Judd burst into the house but the senior and junior Schneiders are distracted by their own argument.  Peter Schneider turns to Judd and Branch and introduces his fencing partner as Rush Esch, his fiancée.  Branch has lost his glasses, but he has a chance to study her from closeup in a well-lighted room and he doesn’t question that it’s her.  The two of them exchange a few words but her engagement to Peter is not mentioned again. 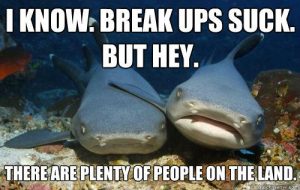 Branch also doesn’t question the small matters of why she never got in touch or how she came to be engaged to someone else.  As he turns to leave he observes to himself that, after all, he “had known her for one month and she had made no promises.” Branch’s acceptance is nothing short of baffling:

The chapter end with Judd dropping off Branch at Branch’s apartment so Judd can get back to the business of searching Scheider’s files.  He does not ask Branch to accompany him, a decision that will cost him his life.  Judd’s decision not to ask for Branch’s help is surprising in light of the fact that Judd knowns that the Schneiders are dangerous people.  It is essential to the plot, but I wonder if Judd decided he was better off without a smartmouthed loser like Branch.