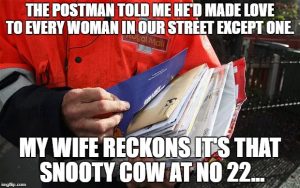 Branch receives a call from Judd staying that he was in the building and that he suspected that Schneider was after him.  Instead of rushing to the building, Branch allows himself to be distracted by the mail, a letter from Ruth Esch postmarked just two days before, from a small town in Canada.  It’s long (six pages) and giddy, and doesn’t seem the kind of letter the Ruth Esch we know would have written, but she’s been through a lot, and Branch correctly concludes that it’s genuine.  She writes to Branch simply as an old friend and assumed that in the intervening years he has married and started a family.  She confirms something Branch had suspected, that her brother Carl was part of the beating that led to the death of the Jewish doctor, Branch’s own injury, and her arrest.  She mentions that Peter Schneider is with her and describes him only as a friend who is assisting in her travel to the United States.

Branch takes some time to absorb all this astounding news, but not too much; he decides to go to the building where Judd is in trouble.  If Judd had a low opinion of Branch’s effectiveness, events confirm it.  Branch arrives, not in time to help, but to witness Judd fall from a high window and land at his feet.  After comforting Judd’s fiancée, who was a witness to some of the events, telephoning the president of the university, and making accusations against Doctor Schneider, Branch finds himself in the center of events. 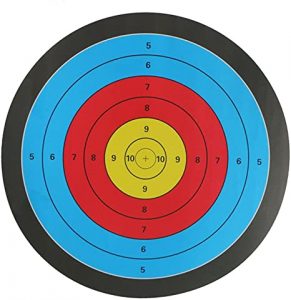 The center of events

How Did I Get Myself Into This?

With Judd’s death, the book is now a murder mystery and Branch is our sleuth.  His talents include:

It is a mark of Macdonald’s talent even at this early stage that he convinces us that it’s logical that Branch should be involved.  He does this by creating a web of circumstance that make his role in the rest of the book seem not only plausible but almost inevitable.  The fact that he witnesses Judd’s death, his acquaintance with Judd’s fiancé, his report of the incident to university officials, and his accusations against Doctor Schneider, plus his personal motivations, all lead us to accept the premise that an amateur sleuth can be taking on a Nazi spy ring.

Macdonald has very quietly solved one of the key problems for writers of detective fiction:

Just a little further in the action, Branch will have all the motivation he needs,  because his investigations  will put him under suspicion of murder himself; but for now Macdonald has clearly and effectively prepared us for the next step.