What the Academicians Say 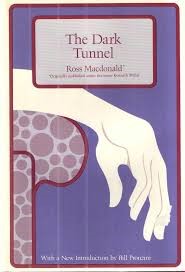 Schopen’s description is accurate, although I will go further.  Coincidence is no vice.  In the mystery genre, judicious use of coincidence can inject momentum.   But the coincidence must be plausible.  At many points, Macdonald presents us with developments that challenge our ability to suspend disbelief:

But let’s not take these points too far or it will spoil the fun.  Mystery fiction, even police procedural, is inherently fantastic.  Miss Marple or the other amateur sleuths do not exist.  Real world private detectives do skip traces and surveillance in domestic and insurance cases.  They do not solve murders.  And even in police procedurals, the complicated business of a homicide investigation involves too many people, and too many steps, to accurately portray in narrative fiction.

The mystery is the great-great-grand grandchild of the medieval morality play.  It’s an exercise in wish fulfillment that crimes does not pay and that the guilty pay for their sins.  The fact that the real world usually does not work that way means only that the wish is unrealistic; it doesn’t mean that most of us believe in it.

To describe a mystery as unrealistic is a tautology.  They all are.  All the reader can expect is a story that avoids the most glaring lapses of logic.  The real problem with The Dark Tunnel is deeper than that.

Dreamers Who Live Their Dreams devotes a surprising number of pages to The Dark Tunnel, and Wolfe is very charitable at many points, stating that Macdonald’s characters “represent a solid achievement in their range of background, interest, and social level.  They have personalities, not just peculiarities.” As discussed above, he approves of Macdonald’s use of symbolism.  Wolfe finds the plot exciting and the action scenes well-rendered.

But he finds the book fundamentally flawed in its depiction of Branch, whose voice “waivers between the bookish and the hard-boiled.”  Branch’s inappropriate quips are more than annoying; they threaten to destroy Branch’s credibility as a character.  So if Macdonald has already shown a gift for creating character, how did he fail so badly for his protagonist?

Wolfe identifies the most important reason, which is that Macdonald has a confused vision of his own hero; he wants Branch to be both the academician and the action hero, “an impromptu patriot-sleuth with the fast fists and street sense of the private eye and also the thoughtfulness of the college professor.”

In his early works Macdonald demonstrates a flair for plotting, a talent for vivid description, a clear sense of how to create character—and a tin ear for dialogue.  As his wife Margaret Miller said to him after his second book was published, he was a college professor and every character talked like him.