Do You Know What Time it is? 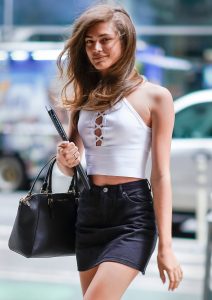 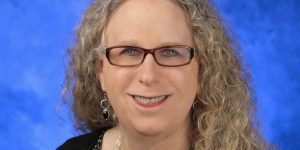 Another is Assistant Secretary of Health

One of the charms of reading Macdonald’s mature fiction is its timelessness.  He deliberately chose not to use any slang that would go out of style.  Present-day readers will note the absence of cell phones and the internet, but they may not realize the books may very well have been written before they were born.  The Dark Tunnel and Trouble Follows Me are both clearly period pieces, not only in their choice of subject matter, but in some of the attitudes they express.

I recently had an education in the shelf life of social attitudes about gender roles in fiction.  In 1990 I wrote a mystery, The January Corpse, that included a long speech where a trans woman explains herself.  At the time the book was considered edgy and my agent told me it was unfilmable.  The book achieved a certain popularity in the gay community because of its positive presentation of a trans character.

In 2000, I set down to review the books I published between 1990 and 1996 and I reread that speech.  By the time I had read the first paragraph I knew it had to be rewritten for the new Amazon edition.  What sounded in 1990 as a ringing defense of her right to transition now read like a guilty apology.

(A clarification about my use of pictures of trans women, above, to illustrate a point about Macdonald’s disparagement of homosexuality and cross-dressing.  In 2021 we can recognize the difference.  In 1944 the world did not draw any fine distinctions.)

Macdonald’s presentation of homosexuality and cross-dressing is value-laden, to say the least.  He identifies cross-dressing entirely as a homosexual activity, and his moral disapproval of both is evident.  He mentions that in the early days, the Nazi party had a number of homosexual leaders, and there are a number of attempts to associate homosexuality with Nazism, the most obvious one being the relationship Peter Esch and Carl Schneider.  Perhaps Macdonald can be forgiven for not appreciating in 1943 the savage persecution of homosexuals under the Nazis; but whether you accept the excuse or not, his treatment of the subject reads badly today.  As Wolfe notes, “keeping the issue of homosexuality before us without dramatizing or explaining, only makes sense as crude commercialism.”

Summing Up The Dark Tunnel

“A novel is a prose narrative of some length that has something wrong with it.”

This is not just a witticism, I have an essay by Annie Dillard on my wall next to my desk,” Write Till You Drop,” where she takes the point further:

“Every book has an intrinsic impossibility, which its writer discovers as soon as his first enthusiasm dwindles.  The problem is structural, it is insoluble; it is why no one can ever write this book . . .. He writes it in spite of that.  He finds ways to minimize the difficulty; he strengthens other virtues; he cantilevers the narrative out into thin air and it holds.”

As a writer of mystery novels myself, I tend to be both harder and easier on my fellow-practitioners.  Although I am quick to find flaws, I have an inherent respect for the sheer brute difficulty of the work.

There is much wrong with the book, but it has important strengths:

Could it have been better?  Oh, yes.

The Dark Tunnel is not the skillful piece of work touted by the critic for The New York Times.  But it is a promising start.