WHAT SEEMS TO BE THE TROUBLE?

It may seem an odd question, with the freshly dead corpse of a young girl swaying at the end of a rope in the Hawaiian night, but we quickly realize that this is not going to be a standard whodunnit.  The body has just been discovered when racism dominates the action. 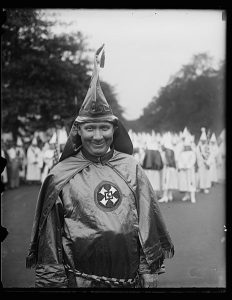 BUT FIRST, LET’S TALK ABOUT MURDER NUMBER ONE

Macdonald is the last writer to show enthusiasm for the locked room murder, but the death of Sue Sholto is a good puzzle:

BUT ENOUGH OF THAT; LET’S GET TO THE REAL STORY

Even though he only appears in a few pages, the character who dominates the book is Hector Land, a black wardroom steward on Swann’s ship.  The first time we meet him, it’s in passing; Hector is at Honolulu House, surrounded by a racist mob convinced that he not only murdered but also raped Sue Sholto.

“His ears were convoluted and frayed like black rosebuds after a hailstorm.  His nose was broad and saddled, his eyes bright black slits between pads of dead tissue.  It was an old boxer’s head, powerful and scarred as if it had once been used as a battering ram, set forward on a columnar neck as if it was ready to be used again.  But there was no power in the posture of his body . . . He looked like a frightened bear caught in a dog pack.”          It takes nothing more than a brief physical examination of Land and the body of Sholto to convince the coroner that no rape took place, and the mob disperses.  But the tone of the book is set.

SO, WHO IS ON FIRST?

The book is narrated by Swann and the title suggests that trouble is following him.  But the Drake of Trouble Follows Me is not the Branch of The Dark Tunnel.  Swann is no fugitive.  No one is hunting him.  The person who trouble follows is Hector Land.

I acknowledge the insight of Peter Wolfe, from Dreamers Who Live Their Dreams:

“Land is a good bad man, whom Ross Macdonald neither patronizes nor uses as a peg on which to hang his views of racial injustice.  But without intending to, he makes Land his main character.  Drake’s ubiquity makes the book’s title a misnomer.  Drake is not singled out for trouble or for bad luck . . . .”

Macdonald has a lot of work to do, and it is a mark of his skill that the “take out the trash” function of the last chapter of Part I, the Oahu portion of the narrative, works so well.  He seamlessly shovels in the following developments: