Thoughts from a Working Writer 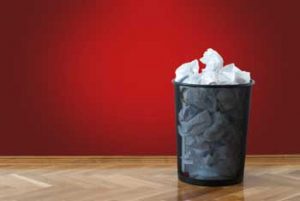 I have just concluded my review of Trouble Follows Me and concluded that, although it’s a failed book, it didn’t have to be.  There was nothing so flawed in the manuscript that a rewrite could not have fixed.

Let’s talk about the process of rewrite from the novelist’s point of view.

There are a very few writers who take their first draft directly to print, making only incidental changes.  For most of us, a novel is a multi-draft process.  This is an overly broad statement so let me narrow it down.

Eventually, after weeks (or more likely, multiple months) you have a first draft.  If you think it is the best book you can do, you are almost certainly wrong.  A full-length novel is going to vary in quality.  You started writing a character one way and they did something that surprised you, so the early parts no longer work.  What was a promising side plot just fizzles out.

This is not an account of failure; it’s the warp and weft of the writing process.  Remember how the old Sears, Roebuck catalogue often offered several grades of merchandise, Good, Better, Best?  That’s your book.  The first draft may be good, but a rewrite will make it better; and with luck the rewrite process will make it pretty nearly as good as it can be.  Perfection is for poetry and maybe for short stories.  The novel is a long, complicated tale, packed with incidents of varying interest to different readers.  It’s not a jewel.

Separate the writing process from the rewriting process.  For that first draft the juices should be allowed to flow freely.  Get that draft done even if it’s crap.  You can’t polish what you haven’t written in the first place.

Rewriting can be just as creative an act as the initial writing, but it’s different; it’s more selective, more critical, more akin to editing.  Not only don’t I edit while I do the first draft, I let the draft cool off for months before I go back for revision.  If you finish the draft Monday and start the rewrite Tuesday, you will not see the book you actually wrote; you will see the book you wanted to write.  Objectivity is necessary for a good rewrite, and time is a necessary (although not sufficient) part of that process.

After a dozen novels, my system for the most part is that nobody sees anything before the fifth draft.  At that point I allow one or two trusted friends to comment.  There are a couple of further drafts based on their comments.  So, not counting proofreading, what the world sees is close to my ninth or tenth redraft.

It’s Just a Matter of Time

This process takes an enormous amount of time; not only in the rewriting itself, but in leaving the book fallow long enough for you to be able to approach it with a fresh eye.  That first draft may come very quickly.  I wrote The January Corpse in fourteen days.  A more reasonable schedule for an experienced novelist is six weeks to three months, depending on the number of distractions.  But respecting the rhythms of the rewrite process takes a year at least.

Publishers want to see their series writers bring out a new book every year, and their deadlines are relatively inflexible because of considerations of the sales catalogue, budgeting, and marketing.  Although the publisher would like to see the best manuscript you could possibly produce, they are far more interested in having something ready by the cutoff date for the fall catalogue.

My first six books were produced under that yearly cycle pressure.  They were as good as I could make them, under the circumstances.  When I decided to launch this second phase of my writing career I took the time to edit them all.  I found that twenty-five years is a sufficient remove to see the books objectively.

And if you have the chance, don’t try to write your book on an aircraft carrier in the middle of a war.  There are just too many distractions.