“During the French Revolution, it was possible to go from extreme radical, to revolutionary, to liberal, to moderate, to conservative and to reactionary, without changing your political opinions in the slightest.” 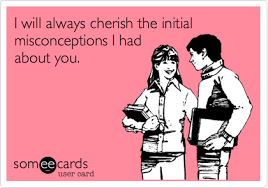 THE TIMES THEY ARE A-CHANGIN’, MAYBE

Mystery writing, as we have mentioned, is a deeply conservative genre that can trace its roots to the medieval morality play.  The genre is about many things, but the core is that criminals will always be punished. But beyond that point of departure, the rest of the mystery story is as subject to popular convention as in any other form of media.

As we know, Mary Thompson took Sam Drake to bed on the train from Detroit to Los Angeles after several nights spent separately.  The invitation came on the evening when Thompson’s husband, known by his alias “Anderson,” was planning to get off the train.

The following interchange between Drake and Thompson takes place in the last chapter, when Thompson is begging Drake to marry her. Drake speaks first:

“He let you bed me so I wouldn’t catch him sneaking off the train at Gallup.  Didn’t he?”

“He couldn’t have stopped me,” she said with a perverse pride. “I wanted you.  I still do. If you don’t make me kill you.”

In 1989 I wrote a novel that included what we would now call a trans woman.  The word didn’t exist then; the best we had was, “a man who went through a sex change.” Because this was a bizarre idea to many, I gave her a long explanatory speech in chapter fourteen.  The book became, to my surprise, a minor classic in the gay community because it presented her in a favorable light.

I reread the book in 2019 as part of the project of making my first six novels available on Amazon.  Reading the chapter, I winced. After a page, I knew it needed a top to bottom rewrite.  What was an explanation in 1990 now reads like an apology. My character keeps her secrets, but she never apologizes about who she is. (She has told me, grudgingly, that I got it right this time.)

But What Would Macdonald Have Done?

Macdonald doesn’t have the luxury of updating his books, but even if he had, I don’t think he would have changed this passage.  His feelings about sexuality came from deep inside and weren’t influenced by social trends.  In his world, women don’t have sex for positive reasons—and even if they do, it never works out anyway.  In his body of work, sex (for both genders) is a marker of trouble.  For him, the existence of sex is a burden, as universal and pervasive as original sin, and with the same connotations.