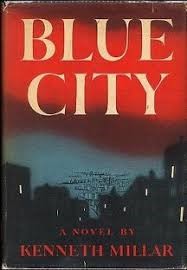 THE PLOT IS REBOOTING.  THIS IS GOING TO TAKE A FEW MINUTES . . .

For a book primarily remembered for its action and violence, the explanation is complicated even by the standards of Ross Macdonald.  Below is my bare-bones summary of what happens just in Francie’s apartment, omitting the other events of the chapter.

Macdonald gave us many possibilities who might be behind the murder of the senior Weather. His solution is very satisfying.  Allister’s decision to solve his political problems with a gun has plausibility.  It’s too bad that Macdonald did not have enough self-confidence at this stage of his career to give us some foreshadowing about Allister’s martial problems and his frustrated political ambitions.   Some background would have made the exposition shorter and the reveal easier to accept and we wouldn’t have guessed.

Bestowing the talents of a marksman on Garland is a marvelous piece of indirection!

And we’re not done yet—having discovered the identity of the murderer, we still have to discuss the ending.