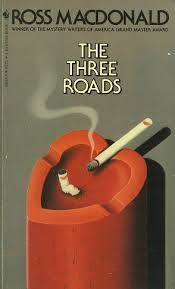 The central figure of the novel is Lt. Bret Taylor, a new style of protagonist for Macdonald.  The first three books suffered from heroes who were implausibly talented, heroic, and constantly wisecracking.  Taylor doesn’t have the restraint of Lew Archer, but he is a huge step forward.  Well, perhaps a half-step.  The silly banter and unnecessary skills are still there, along with a boldness that is reminiscent of Johnny Weather in Blue City, but Taylor comes with enough flaws to give him some humanity. More than enough.

THE THIRTY-YEAR-OLD NOT-SO-MUCH A VIRGIN

The other main character is Paula West.  Although the two of them spend a good part of the action apart, the story would be impossible without their relationship.  West is in many respects the female version of the overdrawn heroes Macdonald was moving away from.  Aside from her utterly incomprehensible attraction to Taylor, she is a person of accomplishment.

Note: Because of the structure of the book, the reader will not get all this information quickly or in the order I am summarizing it, but we must start somewhere.

We start with a view of a golf course from a hospital veranda.  A one-armed golfer, viewed by Paula West, is working his way around the links.  We quickly find that this is a military hospital and that the golfer lost his arm in the war.  Inserting the mayhem of war into a quiet afternoon on a San Diego golf course is a strong opening, one that will be repeated several times.  The amputee’s disability will be expressly compared to the amnesia of Taylor, and several times characters will remark on how the ocean connects California with the war raging further west in the Pacific.  Macdonald is setting us up for a Faulkner-like respect for how distant events (distant in either space or time) impact the present.

Now that we have the two most important characters and the setting, let’s start looking at how the story develops.