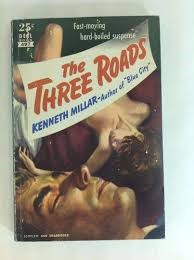 LET’S GET THE SHOW ON THE ROADS

Bret has his first meeting with his new psychiatrist, Dr. Klifter, the psychoanalyst that Paula had interviewed.  Kilifter is a change from Wright.  Not only isn’t he trying to proposition his patient’s girlfriend, Klifter disagrees with Wright’s go-slow approach.  He questions Bret closely about his mother’s death and unearths details that suggest Bret’s memories are distorted, if not completely false.   Then Klifter produces the wad of newspaper clippings about Loraine’s death that he was given by Paula. He hands them over to Bret.  After nine months, this is the first time anyone has told  Taylor that he had been married  and that his wife had been murdered.  As he observes as he watches Brett leave, “Taylor had been engaged in a lifelong struggle with death.  Let him meet his adversary face to face.”

Dr. Klifter does not mollycoddle his patients.

The chapter opens with Paula driving Brett from San Diego to Los Angeles, the city where Lorraine was killed.  Commander Wright has granted Bret a furlough.  Almost certainly, Wright doesn’t know what Klifter has with the newspaper clippings.  Paula is horrified when Bret tells her that he has seen the clippings and she urges Brett to burn them.  He refuses, their fight escalates, and he gets out of the car at a traffic light in LA, vowing to find out who killed Lorraine.

Although Brett was officially released under her supervision, she does not notify the naval authorities.

Macdonald takes advantage of the third person point of view to relate a phone call between Paula and a Larry Miles, which Paula makes as soon as she gets home.  She warns Miles that Bret is in town and that he may be looking for Miles.  Paula offers Miles two thousand dollars to get out of town for a couple of weeks.  He initially refuses and then reluctantly agrees. She says she will bring Miles the money that night.  Then, in a move that is both silly and essential to the plot in equal measure, she tells Miles to avoid the Golden Sunset Café, because that is where Bret is likely to go.  Being childless, she does not appreciate the surest way of getting a child to stick beans up his nose.

In the balance of the chapter, told from the point of view of Miles, we learn he is a street hustler, strong, very physical, and snappily dressed.  He is relatively uneducated but confident in his (partly imagined) abilities.  He has a long string of sexual conquests, including the one who happens to be sharing his bed when Paula calls.  But being a ladies’ man in a Macdonald novel is no defense against sexual malaise.  Miles regards his current bedmate:

“She stood up and came towards him with a dopey look on her face. Her navel and two nipples made a cartoon of another face, a long and mournful one.  Whenever he saw that face instead of a body, he knew that he’d had enough of a girl.”

The reader will note that Miles is the mirror opposite of Bret Taylor, a point that will be come clearer as the action progresses.

The chapter ends with Miles going directly to the Golden Sunset Café.  Who could have predicted that?  He sits in a back table, waiting, until Bret appears, recognizable by his naval uniform.

Chapter Nine puts the story in high gear, but as a thriller rather than a mystery.  Brett Taylor is no closer to the truth at the end than at the beginning, and he does no investigating.  As a matter of fact he does not appear at all, except as a figure in the café seen by Miles in the concluding lines.

The chapter succeeds admirably in engaging the reader. Paula is not what she seems. Whatever her connection with Miles, it has something to do with Lorraine’s death.    If Miles killed Loraine, which does not seem impossible, why should Paula be protecting him?  Unless he was acting at her direction, of course.  Paula has been in no hurry to help Bret understand what happened to Loraine.  But was she capable of murdering her rival?  It seems unlikely.  But we know (1) Loraine died violently and that (2) both Paula and Miles have information about her death that they do not want Brett to know.  The working-out of that puzzle is the focus of the rest of the book.