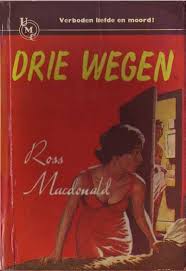 The point of view of Chapter Eighteen shifts to a new character, Theodora Swanscutt, and goes into a flashback of a conversation that took place earlier that day.

If you find that sentence puzzling, you are in good company.  The first eight pages of the chapter give no clue what she is doing in the book.

Taylor has always understood that his mother was dead and even has vivid memories of seeing her body.

It turns out that rumors of her death were exaggerated.

When Taylor’s father told him that his mother was dead, he should have spoken more precisely. What he meant was that she had run off with their boarder.

Theodora, very much in good health, arrives at Paula’s house and tells her story:

As Taylor’s mother finishes her story, there is an interruption.  Miles telephones Paula and demands to see Paula.  He gives her an address at the motel where he is hiding out. He has finally realized that hanging around Taylor was a bad idea.)

Paula bids good-night to Ms. Swanscutt and drives off to meet Miles, a gun in her purse.

Meanwhile, Back at the Curb

Taylor, of course, knows nothing of this.  All he knows is that a strange woman arrived, stayed for some time, and then left.  Then he sees Paula’ sports car drive off.  He has the taxi driver tail her to the motel where Miles is staying.

Taylor obtains Miles’ room number from the motel clerk, who is (understandably) suspicious that Taylor will bring trouble to the premises.  Taylor goes to the door of the room and begins to eavesdrop on the conversation between Paula and Miles.

Unfortunately for Taylor, this is one of the very few eavesdropping operations in the entire canon that does not go off smoothly.  The motel clerk interrupts.  The clerk and Taylor go into the motel office.  While they are talking, Paula drives away.

A visit to Someone Else’s Psychoanalyst

Chapter Twenty begins with another  bit of doubling; it’s told from Paula’s point of view.  As she is leaving the motel, she notices the yellow cab parked at the curb and is aware that the driver is watching her.  She knows that Taylor is getting around by taxi. But her fears subside once she drives away and sees that the taxi isn’t following her.

Paula meets with Dr. Klifter and tells him the truth about Taylor’s mother. Klifter, easily the smartest person in the book, is not surprised. He describes Taylor’s amnesia as “a punishment inflicted on him by his own mind.” He speculates that Taylor, as a child, believed that he had really beaten his mother to death.

Klifter agrees with her response, but he is either mistaken or overly polite.  The whole book is about Paula’s refusal to see what is in front of her eyes where Taylor is concerned.  She should have said instead, “You can’t tell me that.”  At least that would have been true.

“When in doubt, have a man come through the door with a gun in his hand.”

Raymond Chandler gave a lot of good advice, and Macdonald followed this one.  Taylor knocks at the motel room door and after a suspenseful hesitation, Miles opens it.  Miles has a knife but Taylor has a gun (the one he bought from Garth).  Taylor forces Miles to drop the knife, after which they talk.

The substance of their chat is as follows:

That’s as much as Taylor gets from Miles.  When Taylor says he is turning him over to the police, Miles rushes Taylor.  They fight and Miles gets control of the gun.  Miles is about to shoot Taylor when the police (alerted by the motel clerk) arrive and fire a burst of submachine gun fire through the door, killing Miles but not harming Taylor.