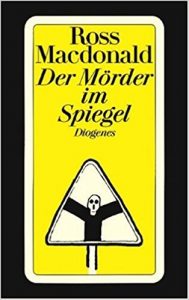 The concluding chapter all takes place at Paula’s home and is told from her point of view.

Slowly, so you don’t choke

If you have to consume something that is basically indigestible, it helps to cut in into small pieces.  We will look at the resolution of the book in that spirit.

The chapter opens on a bleak note.  Paula arrives home from the motel (not knowing what happened) to find a dark and empty house.  She sits alone and eats some cold roast beef, left over from a dinner she didn’t have a chance to eat.  It’s a cheery scene.  The words “cold,” “dead,” and “grief” appear on a single page, with “despair” appearing twice in three lines.

The specific cause of her mood is her decision to grit her teeth and go ahead and see if Brett will still have her.  The fact that he is emotionally dead, “nursing a wound he received as a baby,” doesn’t matter.  She has decided, “you mustn’t let your feelings be your guide.” I will let that observation pass without comment.

She sits quietly in the sitting room and waits for hours.  Finally, to completely set the mood, she turns off the remaining light and sits in the dark.

The police drop off Taylor and she goes outside to meet him.  He is bandaged and bloodied from the fight with Miles.  She puts her hand on his arm but when he does not respond her hand drops away.  They go into the house single file, with her behind. He turns on a light and sits opposite her. “She was keenly aware of the space between them and of the alienation it symbolized.”

The factual disclosures are as follows:

This one may be tough to swallow

After she confesses the truth, Taylor observes, “I wasn’t content to make a filthy mess of my own life, I had to drag you into it.”

“You made me glad,” she said. “You called on me to help you when you were at the end of the rope, and it made me glad.”

Several pages of recriminations follow, mostly hers for being so quick to tell the false story to the police. Too late, she recognized that she had to maintain it.  And he realizes that if he turns himself into the police now, Paula will be in trouble herself.  At a minimum she is guilty of obstruction of justice, and she may even be considered an accessory after the fact in Lorraine’s murder.

There are no recriminations about Lorraine.

Something sticking in your craw?

That’s because the crime as related by Paula and Taylor conflicts with the story told by Burton Garth, the closest thing in the book to an objective bystander.  Garth said that he was helping Lorraine up the steps into the house. When they were on the porch steps, a man later identified as Miles ran out.

Even if Taylor had arrived at the home before Lorraine, it would be Taylor coming out of the house, not Miles, and Taylor would not have run away.  Lorraine can’t be in bed undressed with Miles and walking up the porch steps with Garth at the same time.

The scenario of Taylor coming home, finding Miles with Lorraine, and then killing her makes logical sense.  But it is not possible to square it with Garth’s version, unless for the sheer intellectual perversity of it, we want to assume that Garth wasn’t there but decided to make up a story that put him in a terrible light, for no reason.

I’m forced to conclude that the plot has a fundamental error.

There still seems to be something stuck

Now that we know the full story, the decision of Miles not to leave town, and to seek out Taylor, is even more difficult to understand.  The only thing he really knows about Taylor is that Taylor is capable of committing a brutal murder. It should not surprise us that, although we spend several chapters with access to Miles’ thoughts, he cannot articulate a reason.  The Miles-Taylor subplot has no logical reason to exist.

One more to go and then you’re done!

Overcome with emotion, Taylor leans forward, presses his head against her breast, and asks her what he should do.  She tells him, “There is nothing for you to do but come to bed.”  Reflecting, she thinks how in the morning, “Life would begin again, and the unsettling future would be the routine present . . . . Things would never be as good as they might once have been, but they would be good enough.”

“They went up the stairs arm in arm.  It’s past midnight, she was thinking, but it’s still a long time till morning.  To him she said more cheerful things.”