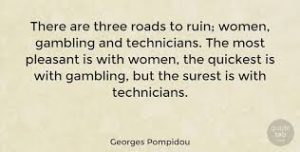 An Oedipus story? Not so much

Bernard Schopen makes the point that although the book is dressed up in Oedipal tropes, its true subject is sexual love.   Putting aside Macdonald’s title, how closely does the book really follow the Oedipal story, either the Greek or the Freudian formulations?

It still has plenty of psychological depth

The fact that the story is not especially Oedipal doesn’t mean that it doesn’t carefully explore psychology and psychoanalytic theory.  Almost every novel Macdonald wrote showed his continuing interest into psychopathology.  This interest only deepened in his later novels.  The Three Roads is very much a psychological novel.  It is a portrait of a man so crippled by his childhood and by the mores of the time that he struggles with integrating sexual desire into his personality.

“The ending is one of Macdonald’s most positive . . .” Again, not so much

I take exception to Jerry Spier’s characterization, if I understand him correctly.  If he means only the instant in time whern Brett and Paula go up the stairs is hopeful, sure.  But every line of the last chapter screams Paula’s acknowledgment that this relationship is headed for a Thelma and Louise-scale disaster.  The great mystery of this book isn’t who killed Lorraine.  It’s  why Paula is incapable of acting on her own insights as well as the advice of Dr. Klifter.

Even if Brett hadn’t murdered his first wife, he would still be terrible husband material.  Paula’s biological clock is running. Whether she is going to be able to coax some sort of performance out of her prospective husband is anybody’s guess.  Their marriage is likely to be a repetition of the marriage of Brett’s parents, including a sexually frustrated wife.  In four years Paula is going to be hiring a pool boy, whether or not they have a pool.

Without any disrespect to Mr. Spier’s book, his evaluation is true in a very cynical way.  Taylor is about to marry a very wealthy woman.   And not only did he get away with murder, his new wife will be shielded from her own complicity in the crime that made Taylor free to marry her.

Haven’t we forgotten someone?

The book explores the suffering of Paula West and Bret Taylor at length, and even gives Bret’s mother a full chance to explain the unfairness of her first marriage.   But I have the nagging feeling someone has been overlooked . . . oh, yes.  Lorraine.  She was a nineteen year- old girl from an impoverished background, swept two thousand miles from her family, left alone in a huge city while her husband of a few days went back to war.  She was highly sexed, lonely, and apparently had nothing to occupy her time except visiting bars.  It will no doubt shock my readers to learn that she broke her marriage vows while her husband was away.  The unspoken logic of the book is that she deserved to die for this.

It’s interesting to note that Taylor is perfectly capable of seeing the nuances in the situation when he is talking to the warrant officer in the bar, but when his own wife is involved, he was incapable of taking his advice. Which is too bad, because it was good advice.

So, what about a rewrite?

The flaws in Macdonald’s earlier books could have been corrected or at least minimized in rewrite.  The Three Roads went through a rewrite and still fails.  It fails because Macdonald did not understand that the book he was writing was not the book he intended to write.  The problem raised, as Schopen points out, is the problem of integrating sex into love.  Oedipus is about guilt and power.  Macdonald apparently never recognized his mismatch; this failure dwarfs the more pedestrian failing that the murder itself is incoherently plotted.

Bret Taylor not only committed a crime, he made a mistake, too

Macdonald was unwilling to address the real issue raised by his own material.  Bret Taylor’s upbringing in general, and his childhood in particular, left him with a disgust about sex.  He cannot accept that “nice girls” like Paula could possibly want to degrade themselves that way (her prior marriage notwithstanding).  Sex is only with “bad girls” like Lorraine.  This  Madonna or Whore view, blessedly, is starting to sound very stupid when written out, but it has made countless relationships miserable.  And sadly, the myth is dying a very slow death, not only in American but around the globe.

Bret had a chance for happiness, of a sort.  With Lorraine, at least he could lose his inhibitions.  They might not have been the best-matched couple but she was better suited to him than Paula.  Lorraine succeeded where Paula failed.

I will close with a Freudian joke

The husband-patient comes into the psychiatrist’s office in distress. “Doctor, I sent my wife a cable that I was coming home today.  And when I reached my home she was in bed with my best friend!  How could this have happened?
“Perhaps she did not get your cable.”

But enough of this.  After 10 months and 43 posts we are about to encounter Lew Archer and The Moving Target.