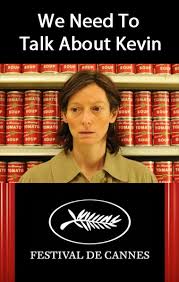 We Need to talk about Puddler

The commentators have all noted that Archer frequently reflects on the nature of justice and his role in the system. The Moving Target contains at least half a dozen full conversations on the subject, and he makes a number of shorter remarks.  This will be a theme in every Archer book.  He may have to resort to violence or turn someone in who had good reasons for what they did, but he never acts without reflection.  He finds some of his work painful and he regrets some of his actions, no matter how necessary they were.

The question is a matter of degree.

Here is the relevant portion of the fight between Archer and Puddler:

“We staggered down the width of the pier and fell into space.  I took a quick breath before we struck.  We went down together. Puddlere fought me valiantly, but his blows were cushioned by the water.  I hooked my fingers into his belt and held on.

“He threshed and kicked like a terrified animal.  I saw his air come out, the silver bubbles rising through the black water to the surface.  I held onto him.  My lungs were straining for air, my chest was collapsing.  The contents of my head were slowing and thickening.  And Puddler wasn’t struggling any more.

“I had to let go of him to reach the surface in time.  One deep breath, and I went down after him.  My clothes hampered me, and the shoes were heavy on my feet.  I went down through strata of increasing cold until my ears were aching with the pressure of the water.  Puddler was out of reach and out of sight.  I tried six times before I gave up.  The key to my car was in his trousers pocket.”

Michael Kreyling, in The Novels of Ross Macdonald:

“The killing of Puddler, then, is both a scene of suspense and part of a larger moral design in the novel, and in the genre.  When the final fight comes, Macdonald tempers Archer’s moral responsibility by stressing Puddler’s muscular advantage as “machine,” “bull,” and “Neanderthal.” To buttress his moral standing, the victorious Archer dives deep into the Pacific six times in vain attempts to rescue Puddler.”

The drowning of Puddler and Archer’s six subsequent dives are beyond dispute.  It all hangs on the last sentence about the car keys.

It may be that Archer is speaking ironically, that the keys were unimportant and that he does not want to admit that he risked his life multiple times to try to save Puddler.  Equally likely, Archer is being direct with us and he means just what he says.

I tend towards the second view, for several reasons.  First, Archer’s observation is not patter.  No one is listening to his thoughts but the reader.  Why should he not be candid? Second, a single dive after Puddler lost all his air and sank to the bottom makes sense as a lifesaving measure.  Six dives do not.

Does anyone have an opinion?

It only gets better from here

All the elements of Macdonald’s future greatness—Lew Archer, the California setting, his increasing facility with simile and dialogue, are all in place.  He does not yet have full control of his talents, resulting in a book that is awkwardly plotted and not completely satisfactory.  But Macdonald is on the right path and he will stay on it for the rest of his writing career.