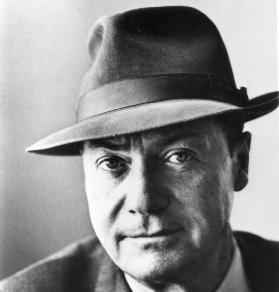 In the last few pages of the book, after Archer has informed Mrs. Lawrence that her daughter has been jailed for multiple homicides, they discover the $30,000 that Herman Speed/Henry Fellows had swindled from Marjorie Fellows to buy the heroin. After giving Mrs. Lawrence the $500 he received from Dowser (no reason is provided), he then engages in the most extraordinary act of charity in the entire canon. He gives her the $30,000 and tells her that it is evidence and that she should either destroy it or let Galley’s lawyer try to use it to make a deal. Mrs. Lawrence doesn’t expressly state she’s going to burn it, but the implication is clear.

Let’s talk about this bizarre decision:

Nobody know what to make of Archer’s decision. It is not necessary to the plot and any of the alternatives mentioned above were available. Even the finding of the money was unnecessary. It could have disappeared in any number of places besides the one where it surfaced.

We have the luxury of examining the development of Macdonald’s writing career in such detail because he made his living with his pen.  He could not afford the luxury of writer’s block, of deferring the completion of problematic manuscripts, or walking away from a difficult project in the face of a deadline. We get to see his brilliant ideas as well as all the others.

It is no contradiction to say that Macdonald is writing flawed books better and better each time. In The Way Some People Die, he has shown a deftness at plotting that will only grow stronger. He works his sympathy for the downtrodden into the warp and weft of his plots and makes their misery an organic part of the story. He shows a flair for vivid minor characters.  He is learning to restrain Archer from an excess of physicality. Increasingly, Archer will rely on his wits instead of his fists. His use of imagery and metaphor, especially the unbuilt town of Oasis, reveals an increasing mastery of his material.