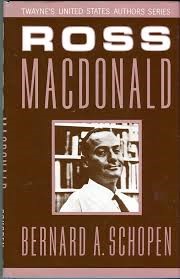 The central mystery of the book, as Schopen noted, is always Galley Lawrence; first, her whereabouts, and later, her essence.

When she appears in the book, aside from the last chapter at Dalling’s house, she is a remarkable character; beautiful, energetic, tough-talking, smart, always ready with a comeback, and sexual. So sexual that her appetites are hardly restrained by conventional limitations. She is a sort of female Nietzschean uberman, unwilling to be constrained by bourgeoise notions of propriety. If she wants a man she takes him, whether he’s a doctor or a grocery store clerk. Such a woman is more at home in 2022 than 1950.

Macdonald could have given Galley a chance to explain herself in the same manner he gave Ruth, the teenage prostitute. Ruth is a very minor character in the book but we learn her story. She and Archer have a frank conversation about what she is doing with her life and what that means. The mystery of Galley is far more important than Ruth’s. Macdonald seems not to want us to understand Galley, or to understand her himself. Archer, who spends most of his career attempting to understand the motivations and points of view of others, offers us:

Whatever Galley Lawrence was, she was not born that way.

An Author in Control of his Plot

Macdonald’s careful structuring of the plot deserves admiration. Just a couple of examples:

Next we move on to The Ivory Grin.