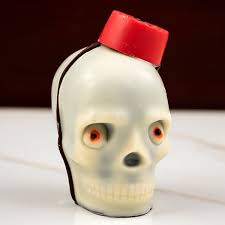 IT STARTS TO COME TOGETHER

Archer traces Florie, Benning’s receptionist, to a sleazy hotel where she had spent the night with Max Heiss and a half-gallon of muscatel.  She says that Heiss drove off last night and did not return.

Even though Florie is one of the least insightful characters in the book, she has a couple of nuggets.

The Goddess of Coincidence Does More Than Just Smile on Archer

After Florie identifies the burned body in the morgue as Heiss from his teeth, Archer reads a telegram meant for Heiss and conveniently misdelivered to him.

Archer tells the police what he has learned, including his speculation that after Heiss located Singleton’s car, Heiss’ plan was after more than simply the five-thousand-dollar reward. He wanted to blackmail Una and her brother. By now it seems clear that Singleton has been dead for the last two weeks and that whatever their level of responsibility is, Una and her brother want to keep it quiet.  Archer can’t be sure of this, of course, but it would provide a motive for Heiss’ death.

The police are interested but unconvinced.  The following quote is from chapter Nineteen but it fits just as well here:

“The frayed ends of several lives, Singleton’s and his blonde’s, Lucy’s, and Una’s, were braided into the same case.  The pattern I was picking out strand by strand was too complicated to be explained in the language of physical evidence.”

The police are willing to accompany Archer to Dr. Benning’s to see Mrs. Benning, but when they arrive the following transpires:

The Days of the Smart Aleck are Behind Us

Conflict between the police and the private detective is such a familiar trope in hardboiled fiction that it is almost expected. Sam Spade and Philip Marlowe verbally sparred with the police as a matter of routine. The tradition exists for some good narrative reasons.

It is also a very easy thing to overdo, and Macdonald was guilty of that in many of his early books. Now he demonstrates more control.  Archer initially comes across as dismissive of the police and they are not slow in returning the favor.  But over the course of the novel the relationship changes to one of mutual, if grudging, respect.

This is seen clearly in Chapter Twenty-Six, when the police lieutenant tells Archer that although the lieutenant does not have enough to proceed officially, he won’t mind if Archer can bring in more evidence.  Archer notes, at the end of the chapter,

“I dropped him at the rear of City Hall. He didn’t ask me what I intended to do next.”