It Hits the Fan 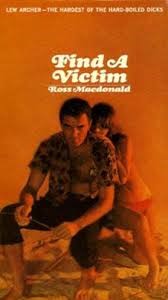 Chapter 31 has a no-nonsense opening.  Archer arrives at the Church residence.  When Hilda says that her husband is not home, Archer forces his way inside. Before he begins, he regards her for a moment:

“She had acted beyond her power to imagine what she had done. I had to drive the truth home to her, give her back reality. I’d rather have shot her through the head.”

Chapter 32: The Moral Climax of the Book

Brand comes home.  Archer levels a gun at him but Brand is in no mood for trouble.  He is ready to confess.  When Archer searches him and retrieves a revolver, Brand tells him that it’s the murder weapon.

In his later years, Macdonald’s verdict on the book was that it was “too action-fraught . . . but I think the last couple of chapters rise to the wholly human.” It’s a fair assessment.