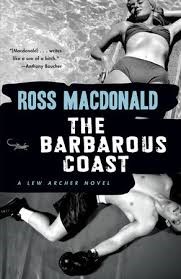 This Calls for a Drink

After Graff leaves, Archer marvels that Bassett stood up to the most powerful member of the club but Bassett shrugs it off, saying he wouldn’t have been that brave if he’d been sober. In fact his courage comes from deeper sources, as we will learn in a moment.

Archer and Bassett start to talk, and Archer says that he has just talked to Hester at the family mansion a few hours before.  Bassett is utterly shocked and relieved to know that she is still alive. His reaction makes it clear that, contrary to his earlier story, he is very much concerned about her welfare, even if their relationship isn’t physical.

Even though the evidence is thin, Archer is starting to put it together.  He asks Bassett if Hester took anything of his when she disappeared, which Bassett denies.  But Archer is suspicious that Hester was trying to blackmail Simon Graff and that the theft—if there was one—had something to do with it.  Since Archer has no clear information that Hester took anything, this is a shaky inference.

Archer takes it one step further—Simon Graff may not have killed Gabrielle Torrez, but Graff’s wife, Isobel, had motive in getting rid of a romantic rival.  Bassett insists Isobel is deeply mentally ill but not violent, and that she spends most of her time in a private sanitarium in Santa Monica run by a psychiatrist, a Dr. Frey.

Bassett is far too drunk to be discreet and his sad story comes out:

The Obligatory Macdonald Expiation of His White Guilt

I admire both Macdonald’s thirst for racial justice and his courage in publishing his views to readers of hard boiled crime fiction in the fifties, an audience hardly likely to be sympathetic.  But this time he lays it on pretty thick and takes three chapters to do it.

After Bassett passes out, Archer encounters a black club employee, Joseph Tobias, reading a sociology text.  He is attending junior college but is already using words like “endeavor” instead of “try” and likes to drop—or rather, jam—references to Irish mythology into the conversation.  In his spare time he seems to be a socialist.  He is probably the least convincing minor character Macdonald ever created, but the author’s heart is in the right place, God love him.

Amongst the references to philosophy, black identity and poetry, Archer gets some hard facts.  It will come as no surprise to a reader of a Ross Macdonald novel to find the first physical clue on page 130.