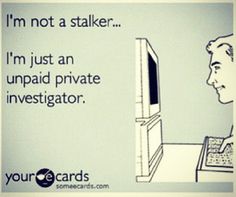 One of my favorite followers, Neoklis Galanopoulis, recently posted on how in The Barbarous Coast Macdonald created an unattractive character, Clarence Bassett, and gave him many of the physical and personal characteristics of Raymond Chandler.  Although a character was necessary to fulfill the plot functions of Bassett, there was no reason to portray him as anything like Chandler; and indeed, as commentators have noted, the real Raymond Chandler is a poor fit for a character managing a beach club catering to the wealthy.  Clearly, Macdonald went well out of his way.  To fully answer Neoklis’ question I should expand further on the real world background.

Macdonald began his career as an admirer of Chandler, and after his first four books, when he settled into the form of traditional detective story, at times he imitates Chandler. The traces are not always easy to see because at the same time he’s also imitating Hammett.  When he invented Lew Archer, he started the process of discovering his own voice, but it was a process that took years.  Macdonald tried hard to establish a relationship with Chandler and was consistently rebuffed.  After a few years of suffering in silence, Macdonald began to retaliate.  As Michael Kreyling observed, the creation of Clarence Bassett was “a shot across Chandler’s bow.” From then on it was a war that only ended with Chandler’s death.

With the benefit of hindsight, it’s easy to see why things went as they did.

It was a relationship with plenty of reasons for antagonism.

I hesitated to discuss this in detail because, like any other feud, this one has its partisans, even at this late date.  I welcome constructive comments on the relative merits of the two, as long as we all keep in mind that it is impossible to decide who was the “better” writer.  Even in sports, which have quantifiable measures of performance, there are unending debates on who was the greatest racehorse, or first baseman, or yachtsman.  There are Chandler partisans who say that after The Galton Case, Macdonald wrote the same book ten more times.  Macdonald partisans say that Chandler’s reputation rests on only three books and their man wrote two dozen.  The fact that this blog only focusses on Macdonald’s contributions is just half the story.  I write to inform, but not in a partisan spirit.    Life is too short to resurrect their ancient feud.  Read them both and decide for yourself—that is, if you feel the need to decide at all.