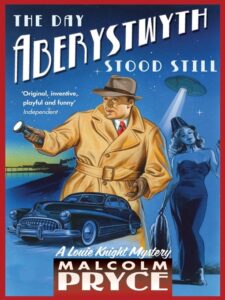 “THE LONGEST CONFESSION IN ROSS MACDONALD”

Archer has only a couple more questions before the pieces all come together.  He asks Mildred’s mother when she lost her baby and she says, three years ago.  And her doctor at the time was Grantland, “He treated her real nice, never even sent her a bill.” The reader is rightly suspiocious.

Mildred’s mother passes out from the vanilla extract and then Mildred enters.  Archer starts laying it out.

And Then Everything Comes Out, Almost

The chapter concludes as follows:

“Mildred was as guilty as a girl could be, but she wasn’t the only one. An alternating current of guilt ran between her and all of us involved with her.  Grantland and Rica, Ostervelt, and me . . . Even the Hallman family, the four victims, had been in a sense the victimizers, too.  The current of guilt flowed in a closed circuit if you traced it far enough.”

But we’re not done.  A key element of Mildred’s confession, the mainspring of the other three murders, is wrong.