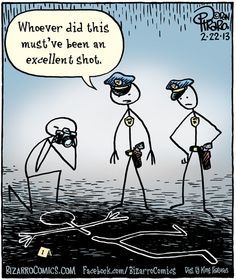 THE REST OF THE STORY

The final chapter, 35, is a strange mixture of pontifications about psychology and new information about developments since Mildred’s arrest.  There is nothing like it in the original story.  As we have previously noted, there are commentators who think the chapter ruins the book and others who regard it as the book’s greatest strength.

The chapter opens with a conversation between Archer and Rose Parish in the cafeteria of the local hospital.

The Bomb Drops, a Little Late

Rose and Archer look in on Rica and the truth about the death of Alicia Hallman comes out.

The last page of the book is Archer reflecting on the news.

“It isn’t possible to brush people off, let alone yourself.  They wait for you in time, which is also a closed circuit . . . When you looked at the whole picture, there was a certain beauty in it, or justice.  But I didn’t take care to look for long.  The circuit of guilty time was too much like a snake with its tail in its mouth, consuming itself. If you looked too long, there’d be nothing left of it, or you.  We were all guilty.  We had to learn to live with it.”

That would have been a great place to stop.  But wriiters love their words; otherwise they would not be writers.  All of us write badly at times; cutting the bad stuff is easy if you have a clear eye and a steady hand. But there is a temptation on the other end, too.  Sometimes we find ourselves writing a paragraph of such beauty, clarity and lyricism that we just know it belongs in the book.  If we are professionals we know that those paragraphs may wind up in the wastebasket, sacrificed for the integrity of the work as a whole. Macdonald came up with a paragraph like that, but for once his instincts failed him.

After he says his goodbyes to Rose Parish comes the concluding paragraph:

“For once in my life I had nothing and wanted nothing.  Then thought of Sue fell through me like a feather in a vacuum.  My mind picked it up and ran with it and took flight.  I wondered where she was, what she was doing, whether she’d aged much as she lay in ambush in time, or changed the color of her bright head.”

The alert reader of the Archer series, or even this book, will note that Archer’s ex wife never appears anywhere. When Archer thinks of her, it is always with regret rather than longing.  She is as firmly in the past as the deceased members of his extended family. Macdonald has given us a beautiful piece of writing that is irrelevant to the story and leaves us confused about the book we have just finished.