The Galton Case Part One 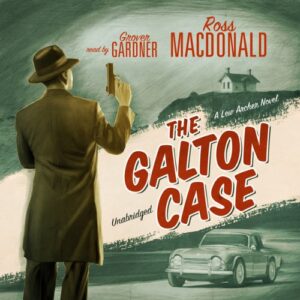 Macdonald wisely described The Galton Case as “a breakthrough book.” As commentators have noted, the addition of the article showed a recognition that, no matter how important the book was, it was still only a step towards his full artistic maturity.  Opinions differ on whether it’s his best book but all agree that it’s one of his great ones.

As followers of this blog know, I usually start by sampling a half dozen commentators.  But except for Peter Wolfe, my usual team has less to say than usual.  Not to worry.  In 1973 Macdonald published On Crime Writing, a book containing two essays, one of which was, “Writing The Galton Case.” Not only does it stand as a detailed commentary on the work, but it was written ten years later, with the virtues of hindsight.

You may be surprised to know that The Galton Case didn’t begin as a mystery at all.  Macdonald wrote two fragments (Speir says three) of failed, grim, naturalistic novels in the spirit of the abandoned novel of his childhood, Winter Solstice,  five years before.  None of the fragments ran more than thirty pages and all suffered from the defect that the voice of the protagonist, a teenaged boy, simply could not carry the nuance and complexity of the story.  If was only when Macdonald came up with the idea of using Archer’s investigation of the boy’s story as a framing device did The Galton Case truly begin to take shape.

“Writing The Galton Case” is elegantly crafted and deserves to be read in full.  But consideration of space and the limitations of fair use under copyright law restricts me to quoting his most important observations.

The reader is invited to sit down with their beverage of choice and consider these lines.  Macdonald did not conceive this book as a detective story at all during his early drafts.  The book was to be an autobiographical literary novel, struggling over the same slippery and muddy battlefield of his abandoned novel, Winter Solstice.   If The Galton Case doesn’t read quite like a conventional mystery, if it seems that too much happens outside of Archer’s presence and without any agency on his part, here is your explanation.  The traces of a traditional literary novel are there if you know where to look.  The last line quoted above is his recognition of why The Galton Case succeeded when Winter Solstice failed, despite the similarity in subject

Macdonald’s most famous description of Archer has been mentioned several times already, and I would be remiss if I did not set it in context:

Let’s see what the commentators have to say before we jump into the text.